Recently my level 4 Spanish class finished up a study of the Spanish Civil War and Franco. It was a lengthy unit, which encompassed a novel study last semester, and then continued into the current semester with a film and art study. I was really pleased with the learning that took place, the increased ability of my students to discuss more advanced topics (these are 4th year students, but not pre-AP. Most of them are just interested in Spanish and not all are even college bound kids.), and what seems to be a genuine appreciation for the struggles of the Spanish people, the understanding of the concept of fascism, the understanding of left-wing versus right-wing, and the concept of film and art as a powerful political statement rather than simply entertainment or beauty.

I’d like to share an overview of what we did, much of which unfolded as a result of some really powerful collaboration with my colleague Carrie Toth (@senoraCMT). I am so grateful to know her and call her my friend!

Website about the work of Ron English (Guernica inspired art)

Guernica by Pablo Picasso in 3D

Students kept journals, we did lots of discussion, and they also were told to look for imagery and especially what they believed might be symbolism. We kept track of the powerful images that were common across more than one of the items we viewed or read. Students practiced speaking about the imagery with an inside-outside circle activity.

Finally, after studying the painting Guernica by Picasso, students were given time to create their own art representative of what they knew about the events and consequences of the civil war for the people of Spain. Once their art was finished, we displayed it in a “gallery” (a large open unused choir room in our school!), complete with tapas (ok, popcorn, chips and oreos, but it was a nice thought!) and elegant beverages (white grape juice in fancy glasses). Students were divided, each group had 10 min to circulate and talk with others, 10 minutes to stand near own art. All talking in Spanish. I circulated asking questions to help them refine their own thoughts and statements. At the end, they had to describe their art to me in Spanish (via cell phone using Google voice), and then were randomly assigned to the art of another student to describe or discuss in Spanish.

Here is a video of two of my students describing art created by their classmates. 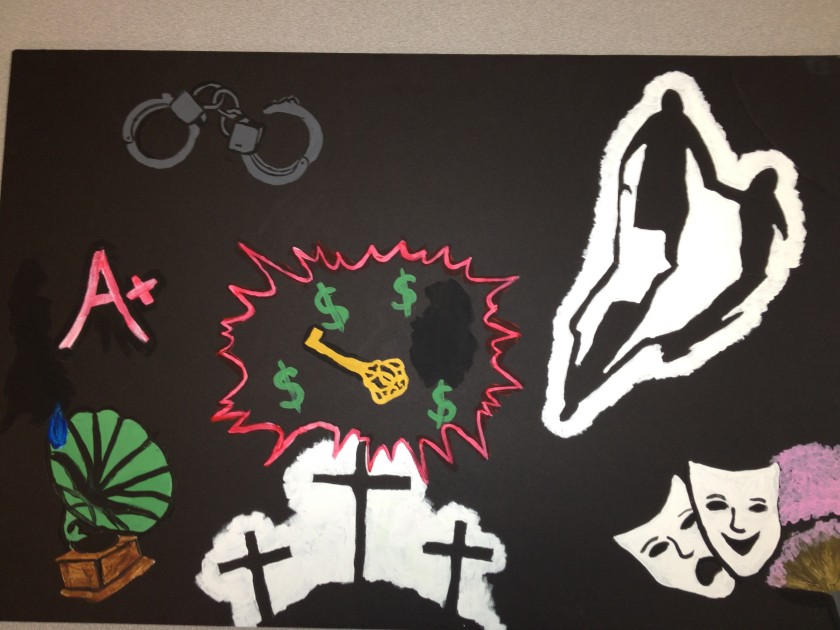 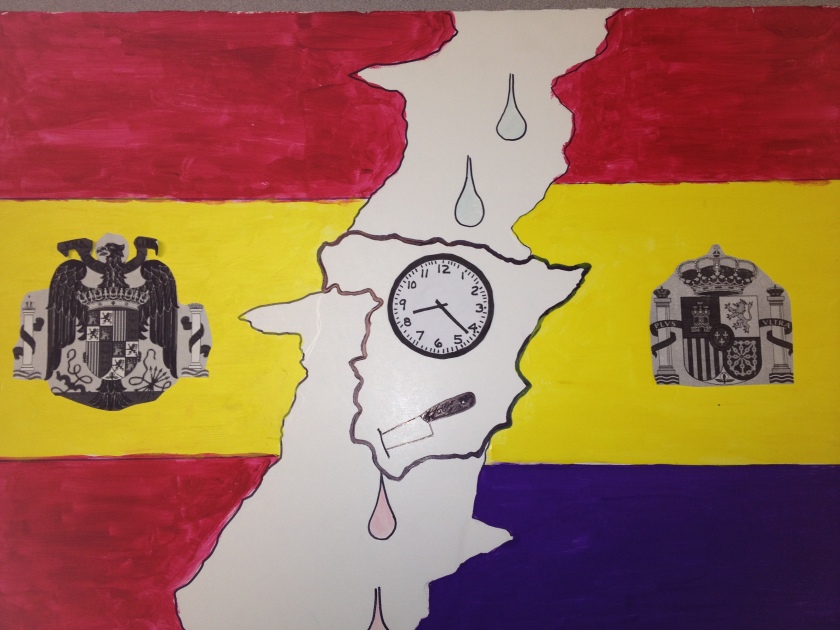 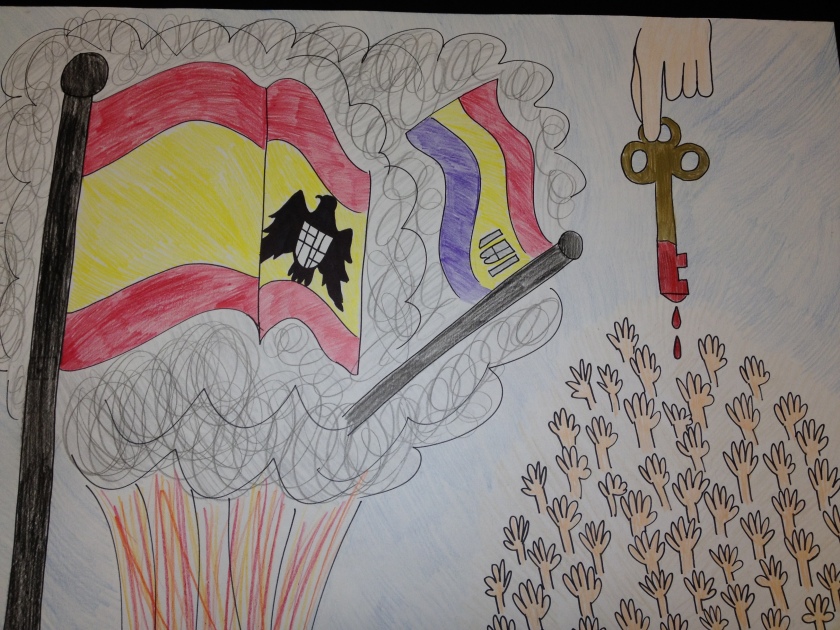 What are you looking for?

© Kristy Placido and Placido Language Resources 2010-2019. Unauthorized use and/or duplication of this material without express and written permission from this blog’s author and/or owner is strictly prohibited. Excerpts and links may be used, provided that full and clear credit is given to Kristy Placido with appropriate and specific direction to the original content.